Birch syrup. In the cookies. Up until a few weeks ago, never heard of it. Never even knew it existed.

This all came about because a couple of weeks ago my coworker was eating a stew where he had put a little molasses in it as an ingredient, and so we were talking and wondering about where molasses comes from, where syrups come from, and whether other trees besides maple trees can be a source for other kinds of syrups. And the answer is…yes!

Yes, I made cookies on the first day of summer. It was hot and sunny, and there I was, turning the oven up. I’m kind of crazy, huh? This isn’t the first time. Oh well.

I had to do a mountain of laundry, so I was probably going to be hot, anyway. Might as well make something, I thought. We’re going on a road trip today, so my rationale was that we will need cookies to take with us to snack on for the road trip! 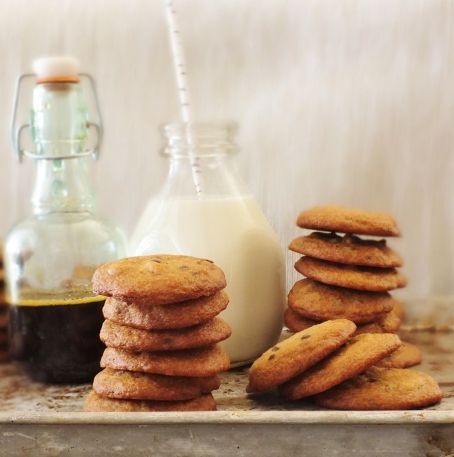 And so I went online and found some birch syrup that I could purchase. Which is a little indulgent of me, I know. But what a beautiful product. It makes me almost wish I lived up north so I could harvest my own sap and make it into my own batch of birch syrup. Maybe one day…

The birch syrup I bought was made from the sap from trees near a family-run farm in the Catskills in New York State. Not as popular, because it requires more harvesting of sap to get a small amount of syrup, and the syrup has a low glycemic index, which means it’s not as sweet as other syrups. Which, I think, makes it more interesting.

As I continued to search online to find out more on birch syrup, I found many cool recipes that I wish I could try, and still might, but since I only had a limited amount of the stuff, I had to pick ones that seemed to be fairly easy that also allow its uniqueness to shine through without being overpowered by other ingredients. If only we had birch trees nearby where we could harvest the sap, then it wouldn’t be so expensive, and I could try more of these recipes, including the one where you just pour it over some vanilla ice cream! 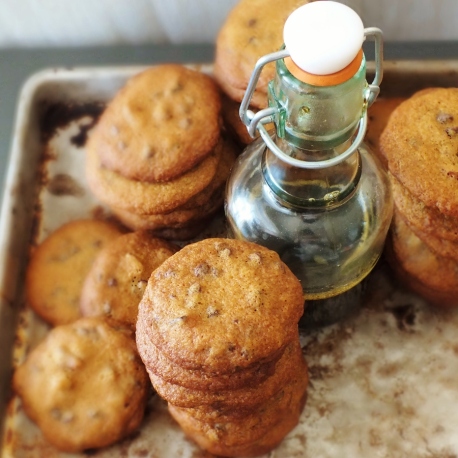 I happen to like it a lot. It was love at first whiff! It sort of has a scent similar to molasses, but isn’t as viscous, so it pours more like maple. It tends to bubble in its bottle when agitated. So, when I got it in the mail, I had to search for more information online on how it bubbles, because the bubbles almost made me think it might have gone bad. Thankfully, it wasn’t spoiled. 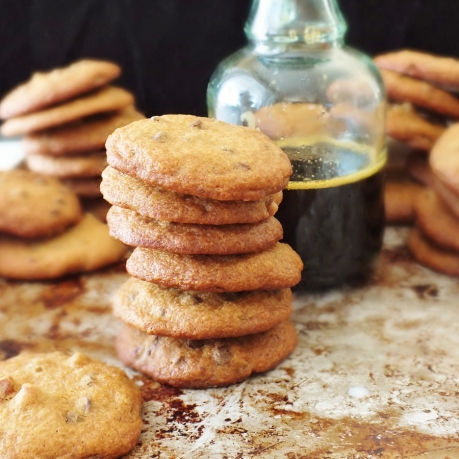 It’s similar to maple syrup, but not as sweet, with indescribable subtle notes of flavor that can get lost in a recipe if one adds too many other ingredients with stronger flavors. That’s why I decided to make these cookies. Because even though there is only 1/4 cup, you can sense that there is something in this recipe that’s different. When putting it in the batter, it reminded me of angostura bitters, with a similar orange-ish color to it. I guess you could also describe it as earthy or spicy. So…this is a simplification but, think of it as sort of a cross between molasses and maple, with a brighter color, not as sweet as maple, but not as bitter or strong as molasses, with subtle indescribable notes of flavor. Does that help? Hope you enjoy!! Have a great week ahead! 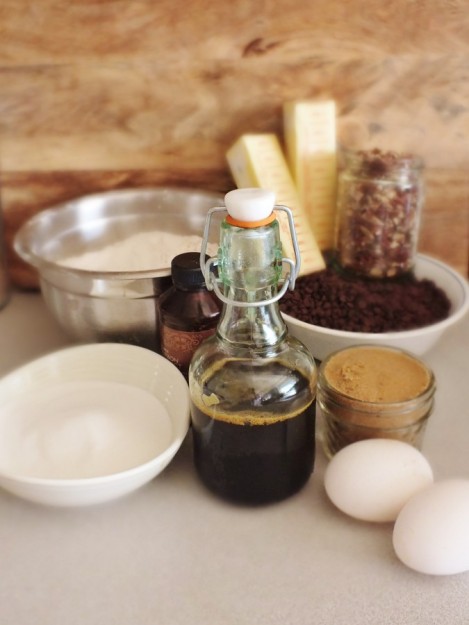 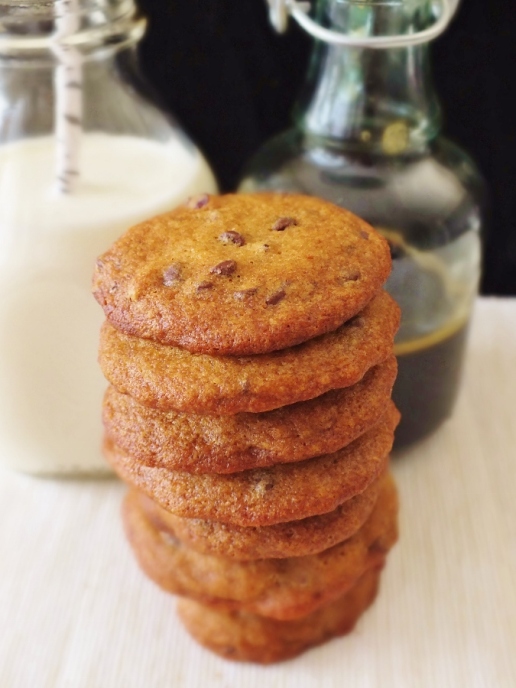