I must say up front that this is a recipe from a co-worker, Janet, who brought this to work recently for a potluck, and I liked it so much that she not only gave me the recipe, but she also gave me a sample of the cilantro pesto to take home. 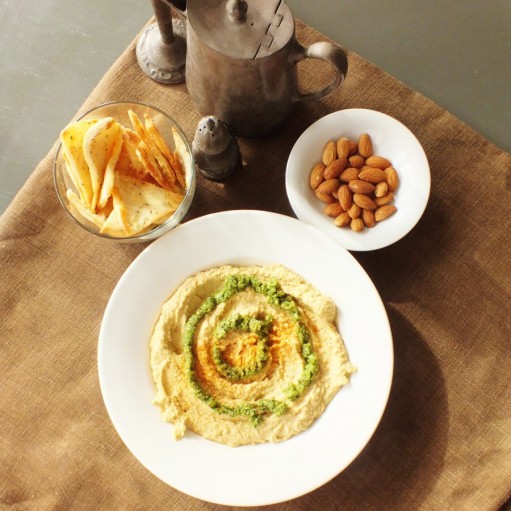 Actually, this is just an approximation of what Janet may have done, since I didn’t write the recipe down, and only approximate amounts were used, anyway. Which is all good. This is often how I cook, aside from baking, which is more precise.

If you are thinking of making this, feel free to tweak the amounts of each ingredient to your liking.

I really liked the result, plus it’s vegan! I think I could eat this once a week without getting tired of it.

Or, if I did get tired of it, I could just go back to making a basil pesto, or  else try another herb to see what happens. Or try another bean besides garbanzo beans. There are probably many different possible combinations.

The cilantro pesto, though, coupled with the almonds and olive oil, is so good that I did not miss the cheese that normally goes into it. I love cheese, but if I can cut it out of a recipe that normally calls for it, without missing it too much, I’ll do that. Just trying to be healthier. 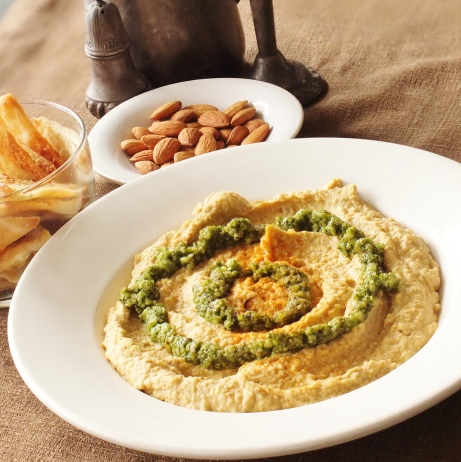 1/4 teaspoon cayenne pepper, and/or sprinkle over as garnish

2 Tablespoons lemon juice, or to taste

Put all ingredients, except the olive oil and water, in a food processor with a blade attachment. (if you prefer, you can also just use cayenne as garnish at end.)

When blended, scrape down sides and start food processor again, drizzling olive oil to blend. Adjust salt and pepper and lemon juice, if needed. Add more or less water, depending on how thick or thin you like it. 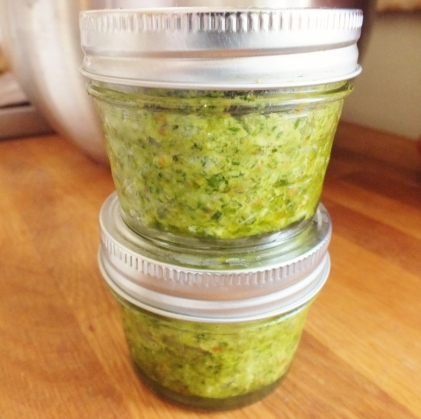 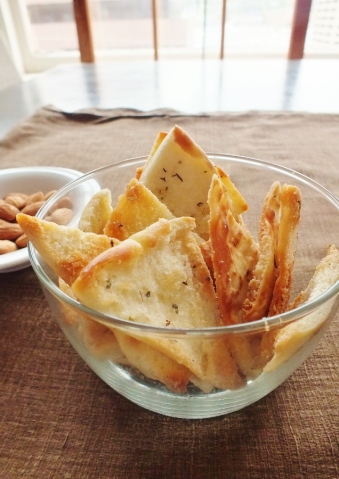 Preheat oven to 375 degrees F. Line a baking sheet with parchment paper. Cut pita bread into triangles, either leaving them as doubled, or separating each side, making two single chips. Brush both sides of each chip with olive oil, then sprinkle Italian herb mix, or garlic powder, or just salt and pepper. Or whatever else you think might be good to sprinkle on! Bake for 7 to 12 minutes, checking for doneness after about five minutes, to prevent burning. I think mine took about 10 minutes. They should be crisp, and golden browned in parts, but not too brown.