Do you like Bernie Sanders? Are you “Feeling the Bern??” 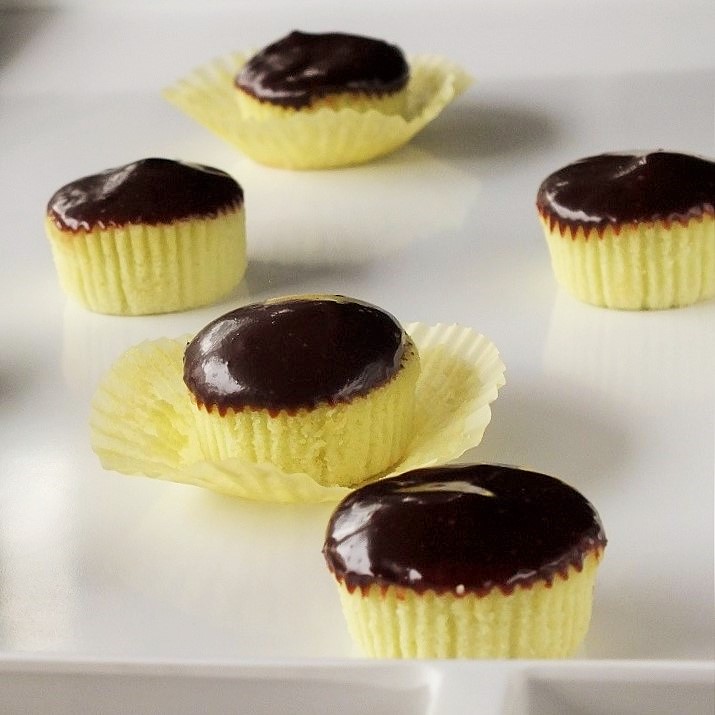 These remind me of after dinner mints. I initially thought of making these full sized cupcakes, but then realized that mint by itself is a very strong flavor, and even if you are a fan of mint, it is quite a lot of mint flavor for one person to eat, as a full sized cupcake. So…

Why “Little Bernies”? I decided to make a cupcake version of this. Ben Cohen (of Ben and Jerry’s ice cream fame) came up with a unique ice cream flavor combo to honor Vermont Senator Bernie Sanders, called Bernie’s Yearning. It consists of plain mint ice cream that is topped with a milk chocolate disc at the top. He said in a press release that the ice cream symbolizes the general US population, and the chocolate is meant to represent all the wealth of the top 1% that you’re supposed to “whack with a spoon” to break up the “wealth” and help disperse it to eat with the ice cream. Very symbolic. I love it.

I was excited to try this ice cream, but then I learned that only 40 pints were made in Cohen’s kitchen, 25 of which went to the Sanders’ Campaign. The rest were given away in a competition. (I entered, but assume that I didn’t win because it’s been weeks.) Maybe after the election they could sell it as a Ben and Jerry’s flavor, but for now, this is NOT something Ben and Jerry’s did, but rather the former CEO volunteered. I’m assuming this had to do with election laws. Anyways…

For the record, while I have voted democrat all my adult life (duh!), I’d probably be just as excited about ice cream flavors named after republicans, too. I’ve always been a fan of Ben and Jerry’s too! Hope you enjoy!

Sift the flour, baking powder, and salt in a bowl and stir with a whisk to mix thoroughly. Set aside. Prepare cupcake tray by adding 12cupcake paper liners. Preheat oven to 350 degrees F. In a bain marie over low to medium heat, melt the chopped white chocolate. Set aside. Cream the butter and sugar together until light and fluffy in a medium bowl. Add the eggs one at a time and blend thoroughly to incorporate. Do the same with the mint extracts, if using. Add the white chocolate and mix on low. Scrape down the sides of the bowl with a rubber spatula as needed. Alternating with the milk and the flour in batches, mix on low, scrape down the sides of the bowl as needed. Pour into 48 mini cupcake liners and bake for about 15-18 minutes. Apply chocolate ganache only when completely cooled. I peeled off the liners before putting the ganache on them, because I think they look better without the liners. Enjoy! 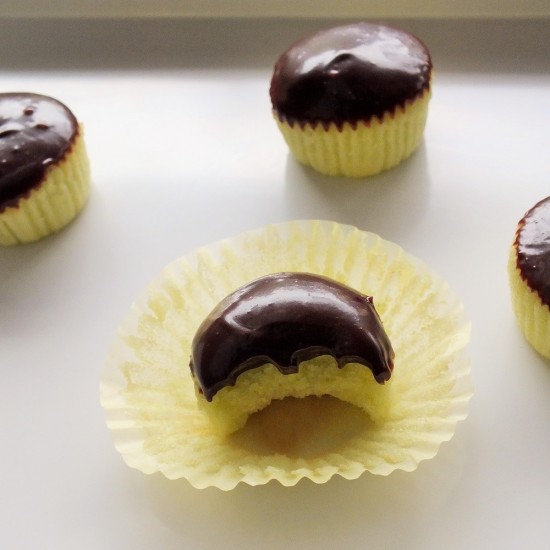 Heat the corn syrup and cream in a small saucepan over a stove until almost boiling. Do not get to boil. Pour over chopped chocolate or chips  in a bowl and pour the hot whipping cream over the chocolate and let sit for about 5 minutes. Stir with a whisk until smooth. Dip the tops of each cupcake and carefully tap them gently to remove excess glaze. You can refrigerate it briefly to make the chocolate a little thicker and neater. Instead of this ganache, you can also just use premade chocolate discs that they sell in arts and crafts stores, sometimes they call them chocolate candy melts.