Baked this in a 1 quart, 7-inch diameter kugelhopf pan. The recipe was inspired by this one from epicurious, but I modified it to include anise flavor. I’m a fan of all things licorice, but I read somewhere that it is insanely hypertension-inducing to eat licorice, even in small amounts. My favorite tea was licorice. But now I don’t drink it. Or any tea, for that matter. I still drink coffee, but keep it to about 12 ounces in the morning hours only. So, I’m not sure if Sambuca has the same effect on blood pressure, but I figure if I just use it this one time and only eat one slice, I’m probably okay. 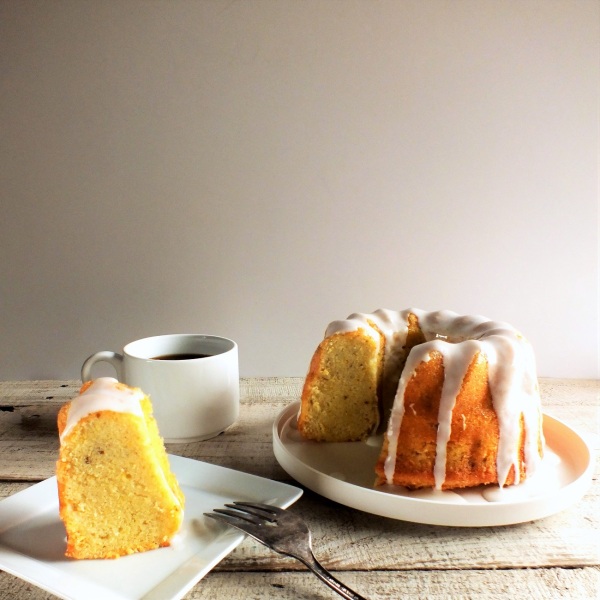 This cake is amazingly sturdy considering it is cake flour based. Maybe it’s the eggs that make it sturdy, I’m not sure. I do love the flavor. I love the combination of lemon and anise. The Sambuca adds a nice subtle anise flavor without being overpowering. This is like biscotti, but in cake form and went really well with my morning joe.

How did I decide on this? Pogi doesn’t look to excited here (above photo) and slept through most of the fussing with the pictures. I decided on this simply because I had anise seeds in the cupboard, and a kugelhopf pan that I bought at Goodwill a few years ago, now taking up space in storage among all the other second-hand gems just waiting to be used! I hope you like.

1 cup cake flour, sifted twice, once before and after measuring

Preheat oven to 325 degrees F. Grease and flour and 1 quart kugelhopf pan measuring 7 inches in diameter at the top. Tap out excess flour. Set aside.

Sift into a bowl the flour, baking powder. salt, zest, and anise. Stir with a whisk several times to fully incorporate. Set aside.

With a hand held electric mixer with beaters, cream the olive oil and sugar until incorporated well, about 2-3 minutes. Scrape down sides of the bowl occasionally as needed. Add eggs, one at a time, mixing with a hand held mixer and scraping down the sides of bowl as needed again. Combine the Sambuca and milk into one cup. Starting with the flour mixture, add about 1/3 of the flour mixture, then mix, then half the milk mixture, then mix, then repeat for adding the second third of flour, always mixing on low between additions, following with the rest of the milk mixture, and finally ending with the last third of the flour. Try not to overmix. Scrape batter into prepared pan.

Bake for about an hour. Ovens vary, so start checking at about 50 minutes. Toothpick test is hard to do, so may want to use a skewer. Top needs to be fairly golden brown with a fair amount of rise.

Let cool 15 minutes in pan on a wire rack before unmolding and turning upside down so that the bottom becomes the top. Apply glaze on the top ring of the cake to let the glaze drip luxuriously down the sides. Serve with tea or coffee. Glaze is basically whisking in a small bowl the following: 1/2 cup confectioners sugar + 2 teaspoons Sambuca + 2 teaspoons fresh squeeze lemon juice, until smooth and fairly pourable. You can adjust it to just lemon or just Sambuca, if you prefer. Also if you want a thicker glaze, omit one teaspoon of either the lemon or Sambuca. 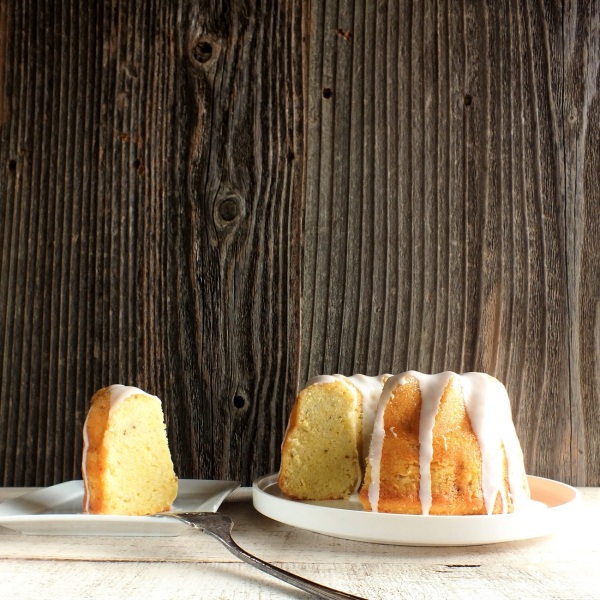