Cochinitos, marranitos, puerquitos. These are a few names for this, and they all translate to “little pigs”.

This is a common offering in bakeries all over Mexico. It’s considered pan dulce or sweet bread, although it is less of a bread and more of a cookie. There are many variations, but I think that THIS one is more authentic than others.

Why do I think that? Because it doesn’t have molasses or ginger. Not that there’s anything wrong with those ingredients, but if you use those, you are basically making pig-shaped ginger molasses cookies.

These are instead flavored with anise, and the sweetening agent used is called piloncillo, which is a cone-shaped, compacted source of unrefined sugar. 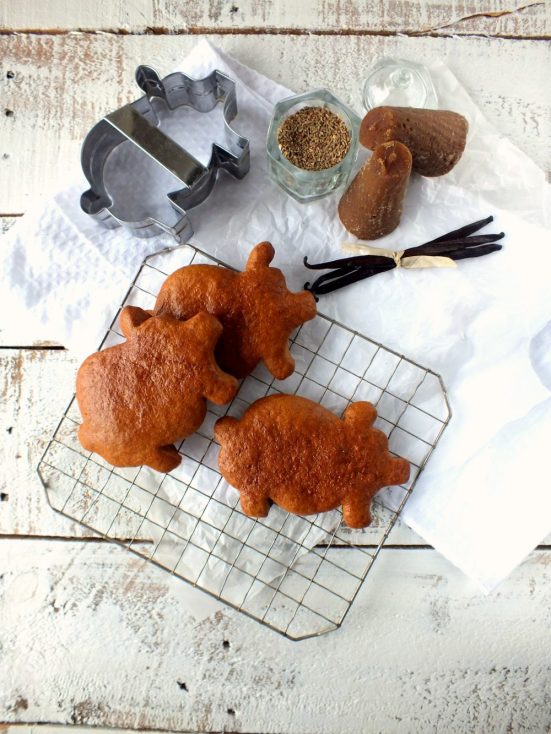 One of my favorite memories of Veracruz was going to some of the bakeries in the local market area and buying these “little pigs” and dunking them into coffee. Sturdy, a little dry, but softer than biscotti, you want something that can absorb some of the coffee without it crumbling in it. 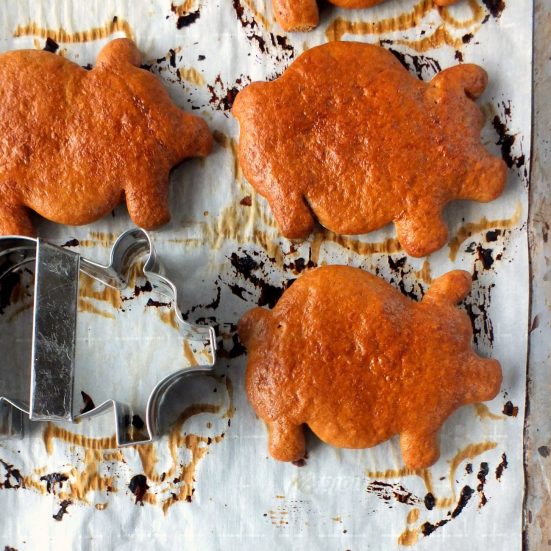 It also utilizes not one, not two, but three (!!!) leavening agents–baking soda, baking powder, and yeast! Which is baffling to me, but possibly that accounts for why it seems like a cross between a cookie and a bread. The slightly malty note of yeast that has bloomed goes well with the anise and piloncillo, which then goes well with your coffee. 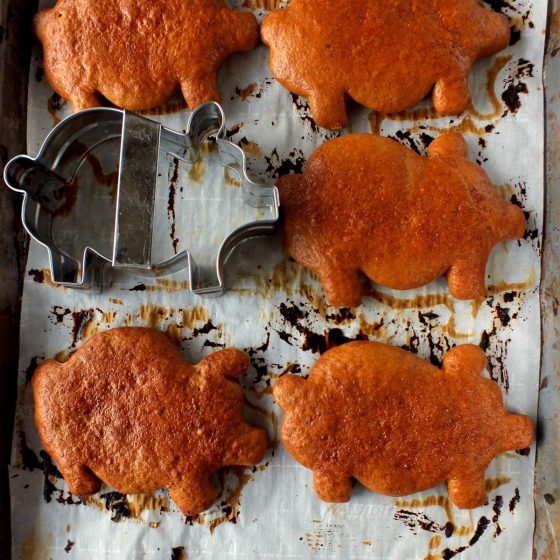 the scrapings of one vanilla bean pod

1 egg plus 1 Tablespoon honey(optional), for brushing the cookies with a brush before baking

Sift the first five ingredients (reserving the 1/4th cup of all-purpose flour for later) into the bowl of a stand mixer and stir with a whisk to ensure that they are well combined.

Add the lukewarm (110 degrees F) milk and sugar into a small bowl and stir. Add the yeast and gently stir again, then leave undisturbed for about 10 minutes, until bubbly and frothy.

Coarsely chop up the cones of piloncillo into small pieces. In a small saucepan, add the piloncillo, water, and butter. Heat until piloncillo is completely dissolved in the water and bubbly. Stir and occasionally break up chunks of piloncillo if needed in order to help it dissolve completely. Remove from heat and let cool to room temperature. Add the vanilla bean scrapings and the egg and slightly beat or stir with a whisk.

Mix on medium speed, scraping sides of bowl occasionally and also adding the 1/4 cup all-purpose flour in increments to ensure dough isn’t too sticky. Continue to mix until a dough forms, scraping down the sides and bottom of the bowl as needed.

Remove dough hook, form dough into a ball with slightly greased hands (I sprayed my hands with baking spray) to keep dough from sticking to hands, and let it rest, 30 minutes to an hour, covering bowl with plastic.

After letting sit, divide dough into two equal parts and cover one half in plastic while you roll out the other half to about 1/4-inch thickness. I rolled mine out using two large sheets of plastic wrap on a plastic cutting board, which worked very well. Cut pig shapes, using the cookie cutter and place on prepared baking sheets. Do the same for the other half of dough.

Brush top surface of each cookie with a beaten egg, and/or a little bit of honey and milk, before baking. (I added a teaspoon of milk and a teaspoon of honey to one egg.) Bake at 330 degrees F for about 25 minutes. 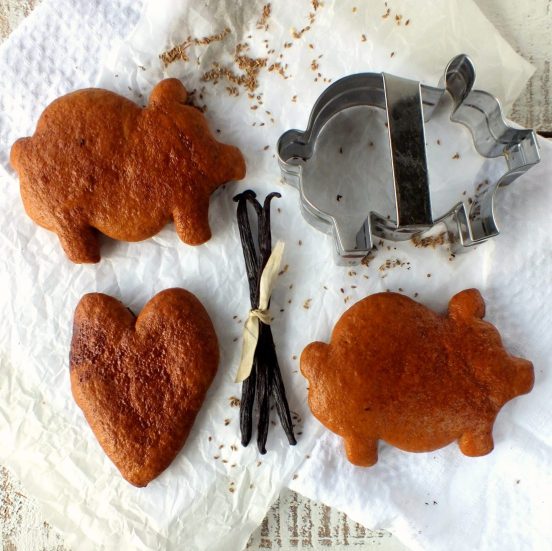