The hourly weather forecast called for 100% chance of rain today here in Seattle. It’s been nonstop drizzle since about 9AM. Which I kind of like! We were supposed to go play tennis today. We actually played last weekend in our new neighborhood. I haven’t played tennis since about 2001, so it was good to finally do so, but also I was really sore, so maybe it’s a good thing to just stay home and relax, maybe bake a little. Ha!

We made some tomato soup and grilled cheese sandwiches. Pogi kept trying to pester us for a sample, which of course, we wouldn’t allow. People food is not a good idea for cats. Gives them all sorts of bad indigestion, plus it can be very harmful, deadly even. Especially garlic, which this soup had tons.

For baking, I decided to make some chocolate walnut cupcakes. Mainly because I had some leftover chopped walnuts and some walnut liquor (Nocino) in the cupboard. 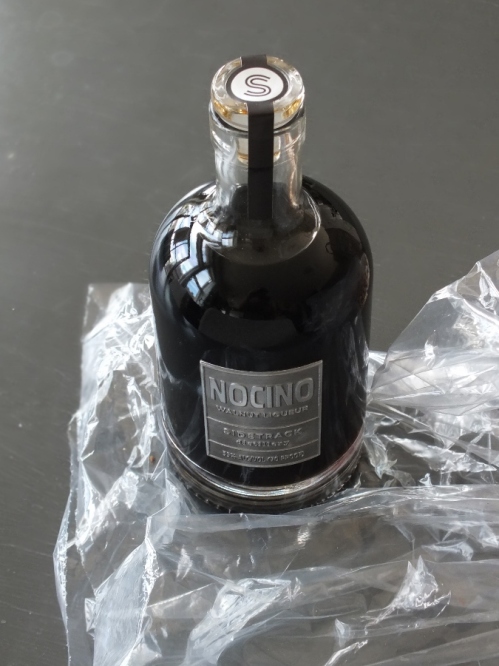 Anyways, I found a recipe from a book called “Death by Chocolate” written by Marcel Desaulniers, a book I’ve had for about as long as since the last time I played tennis! I mainly chose it because of the amount of Nocino liqueur in it, which I wanted to use up. Hope you like. You can probably leave it out, but it really adds another dimension to an otherwise plain chocolate cake. If you have to substitute something else for the liqueur, I’d use some hot, freshly brewed, extra strong coffee or espresso. But you’d be missing out. I’m a big fan of the nocino, which aside from walnut flavor, has a strong clove flavor. 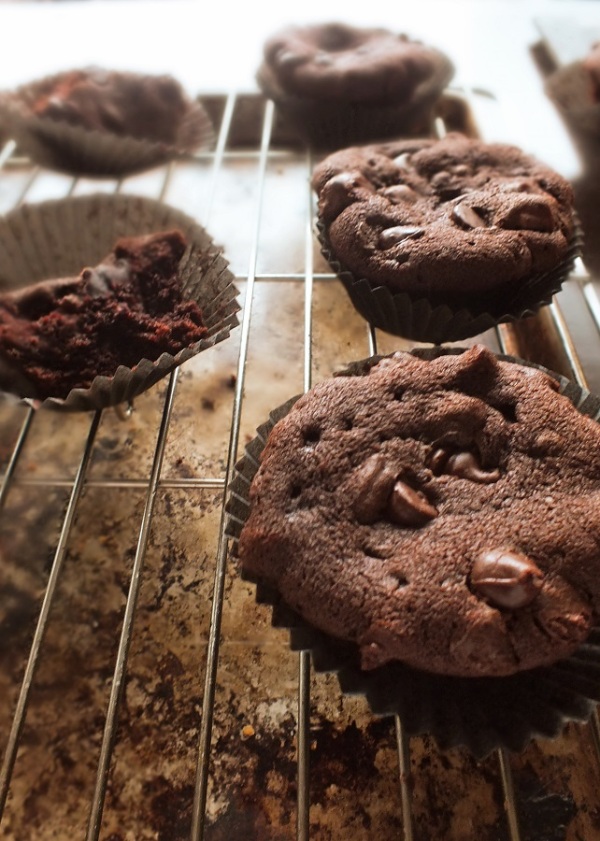 Line 10 muffin or cupcake molds with paper liners. Set aside. Preheat oven to 350 degrees F. Sift the flour, baking soda, cocoa, and salt into a bowl and stir with a whisk to mix thoroughly. Set aside. Cream the butter and sugar in another bowl and add the egg, then mix more with a handheld mixer. Add the melted chocolate, and vanilla and mix more to incorporate fully. Sift in half of the flour/cocoa mixture and blend a little, then alternate adding some of the milk and walnut liqueur, and then finally adding the rest of the flour/cocoa mixture, scraping down the sides of the bowl as needed. Stir in the walnuts, and half the chocolate chips. Divide into the 10 liners and top each with the remaining chocolate chips. Bake in center rack of oven for about 20-22 minutes, being careful not to over bake. Let cool slightly before removing from try and unto a wire rack to cool completely. Enjoy! 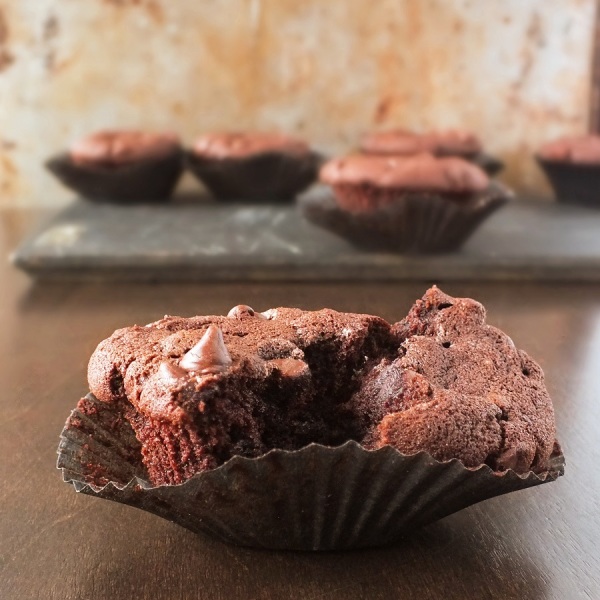