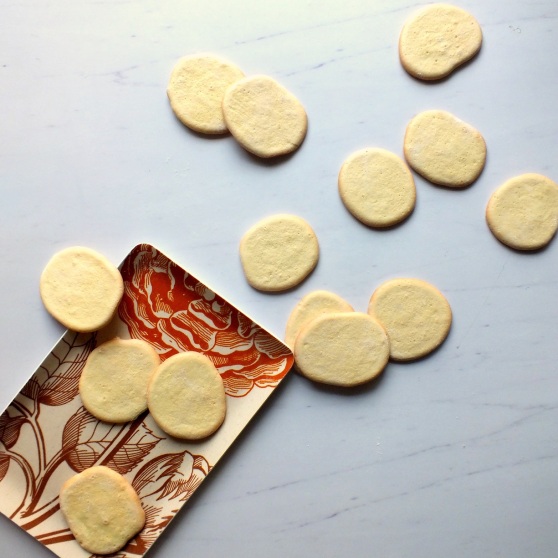 This came to me through YouTube as a “recommended for you” video on the side panel. (Sometimes they get it right with recommendations! Aren’t you even a little curious about how cookies were made in 1734?)

My first thought when I took these out of the oven was, How on Earth did they know to beat these three ingredients together for an hour?

My second thought when I took these out of the oven was–the Body of Christ! Holy Eucharist, Batman! Communion Hosts–the small, white, round discs of bland wheat that Catholics and other Christians consecrate and consume during Mass. These look like bigger and more tasty versions of them. Having served several years as an altar boy in my parish church growing up, I was all too familiar with the white plastic-looking, cardboard-tasting discs they used in Mass, and how these would be such an improvement! 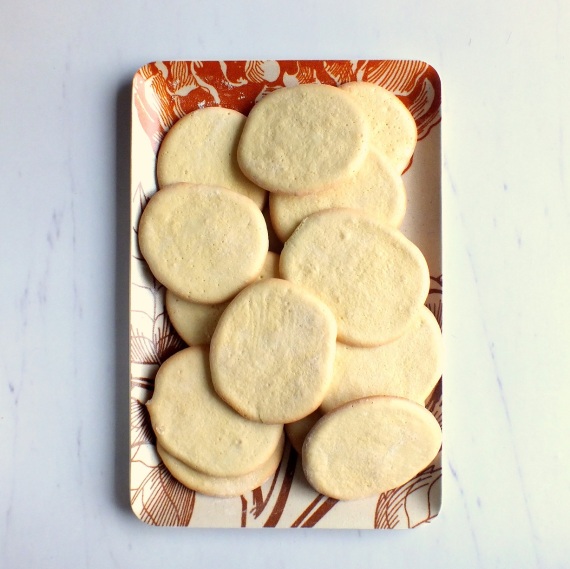 Although somewhat bland, their selling point is that they are so unbelievably crispy! So much so that they make up for the blandness, I think. But you have to bake them twice to get them crispy. I missed that small detail in the recipe initially, and so these almost didn’t make it here to the blog!

I thought I did something wrong, then watched the video again to get the instruction to bake them a second time at a lower temperature to drive all the moisture out of the cookies, which is what gets them nice and crisp!

I’m lucky to have a stand mixer, because the recipe directs you to beat the batter with a whisk for an hour–by hand! I was tempted to try doing it by hand, just for authenticity’s sake, but practicality won out. Plus, why have a stand mixer if you never use it? 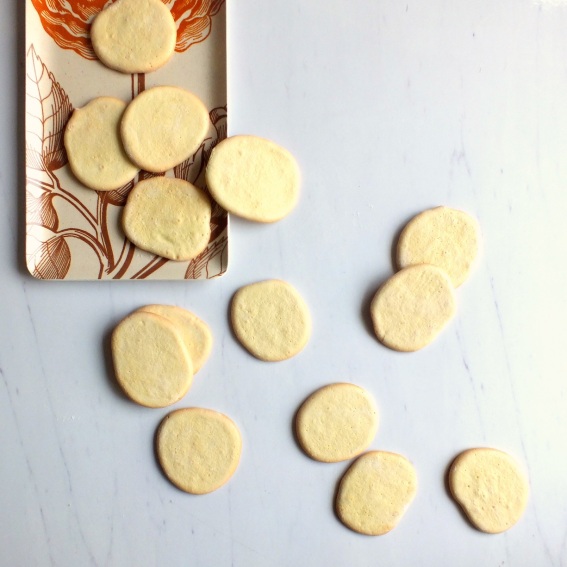 This recipe is featured on the YouTube channel Townsends, which has hundreds of videos all about living, cooking, and technology in the 18th century, mainly North American Colonial life, from what I gather. Which generally, isn’t something I’m really all that interested in, but there is something about the way the recipes are presented, and the sincerity, dedication, and drive of the host, Jon Townsend, that I like. (I’m a little confused because in some videos, he says he’s Jon, while other videos, he says he’s James. But whatevs, it’s all good.)

The recipe is specifically from a book called The Compleat Housewife by Eliza Smith, from 1734, and referred to as drop biscuits.

Without modern food manufacturing (or chemicals), a light and crispy wafer-ish cookie was probably an amazing thing in the early 18th century, even if they lacked sweetness by today’s standards. But maybe it is we modern folk who are doing cookies and sweets all wrong. After all, in one of the videos about sugar, Jon Townsend quotes an Anne Wilson, who authored a book called “Food and Drink in Great Britain”, which states that by the end of the 18th century, the average consumption of sugar was 11-13 pounds per person, per year. In contrast, the average per capita consumption in the US was about 80 pounds for the year 2012!

We are eating a lot of sugar in our diets! Which is why I might judge these cookies as not being very sweet or a little bland. My modern tastebuds are used to being hit with a larger dose of sugar per cookie or snack. I wonder what someone from the 18th century would think of our modern day foods?

After having a few cookies, I think they are just the right sweetness for the recipe. They kinda grow on you. I do think one other flavor, like caraway seeds, or nutmeg, would make these really good. But they are pretty amazing just as they are, too!

Pour this batter into the bowl of a stand mixer with a whisk attachment and whisk on low for an hour. Alternatively, you can whisk for an hour by hand, but even Jon from the video above doesn’t recommend doing that if you have a stand mixer handy.

On a large baking sheet, sift a thin layer about 1/8th inch thick of all-purpose flour on the surface and carefully drop one tablespoon of batter for each cookie, spaced apart about 2 inches. The flour keeps the bottoms from getting browned which might make the cookies taste “egg-y”.

Bake for 6-7 minutes. (Ovens vary, and mine actually took about 10 minutes before they were sufficiently baked. I baked a few to start and took them out at the 7 minute mark, and they curled as they cooled and were not as crispy even after the second bake. The ones I made after that I left for 10 minutes, and they looked smoother on top and the sides or edges slightly browned, and didn’t curl up as they cooled.)

When slightly browned on edges, remove from oven and let cool. Cookies will still be soft, so wait until they are sufficiently cool.

When cooled, brush off the bottoms of each cookie, which will have flour sticking to it. They are light and slightly chewy and soft at this point.

If you want to crisp them, let them cool completely, then bake a second time on a parchment lined baking sheet in an oven set to 325 degrees F., for about 10 minutes.

They will seem to be unchanged at first, but after they’ve cooled, they will be incredibly crispy! Store in an airtight container. 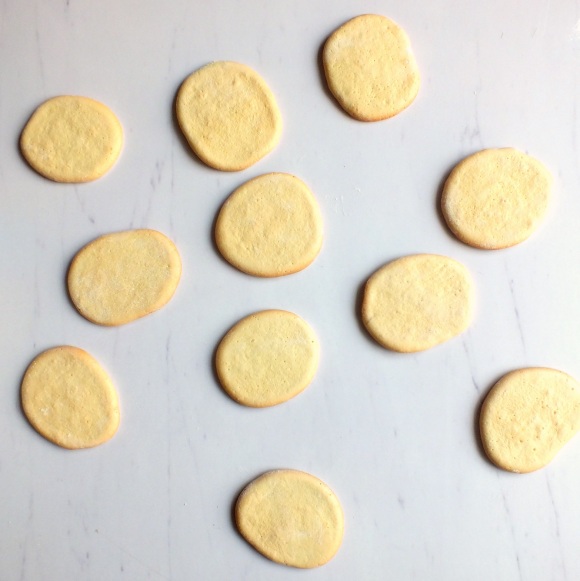