Lately I’ve been attracted to make simple, familiar things that aren’t too complicated. I think it’s probably in response to the complicated world we now live in, and a yearning for simple and homey things that remind me of a simpler time. This was a recipe I tried several years ago, and this time I modified it just very slightly by adding some coarsely grated apple and a few other things. 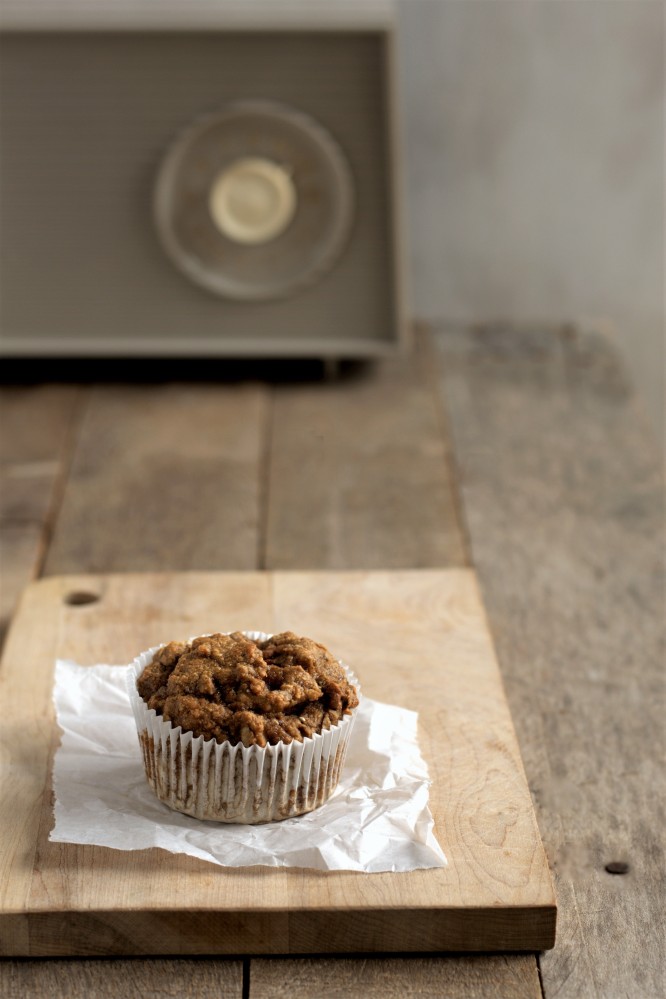 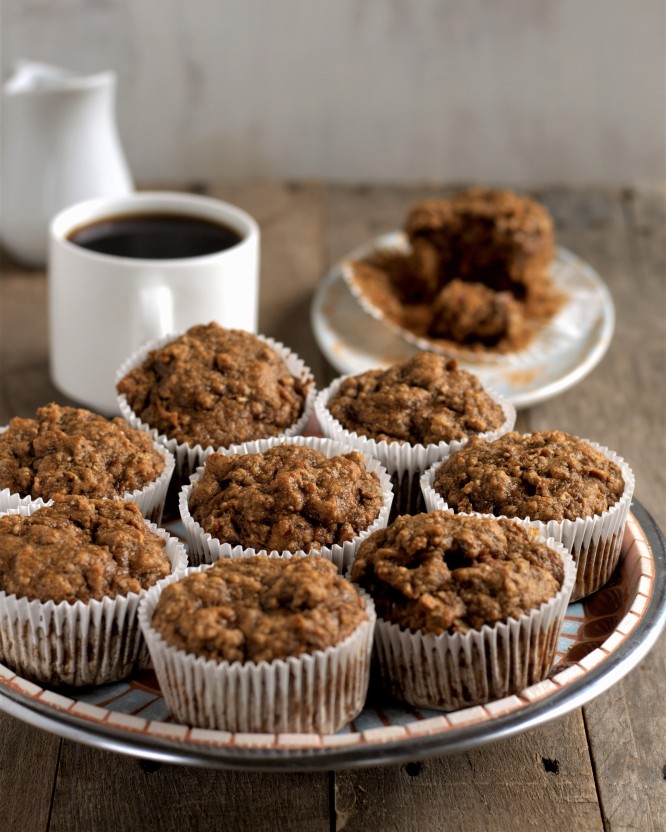 1/4 cup dried pineapple, or your choice

Heat oven to 350 degrees F. Spray a 9-count muffin tray with baking spray or line with paper liners. Set aside.

In one bowl, sift together the flours, and oatmeal, baking soda, cinnamon and salt. Stir with a whisk. Seat aside.

Grate an apple until you have about 1/2 cup. Place in another bowl. Set aside.

In a food processor, add the pitted dates, the dried fruit, and 1-2 Tablespoons water and pulse until dates and fruit are processed to a paste. Add to the bowl with the coarsely grated apple.

Next, add an egg, the maple syrup, molasses, the coffee and the chopped nuts to the bowl with the grated apple mixture  with a rubber spatula, stir all the ingredients. When thoroughly mixed, add all the wet ingredients to the flour mixture and stir just until all the flour is moistened, barely.

Scoop about 1/4 cup of muffin batter into each of the 9 prepared molds on the tray and place in the 350 degrees F. oven and bake for about 23 minutes or until a toothpick test in the center of one of the muffins comes out clean. Set to cool slightly before serving. 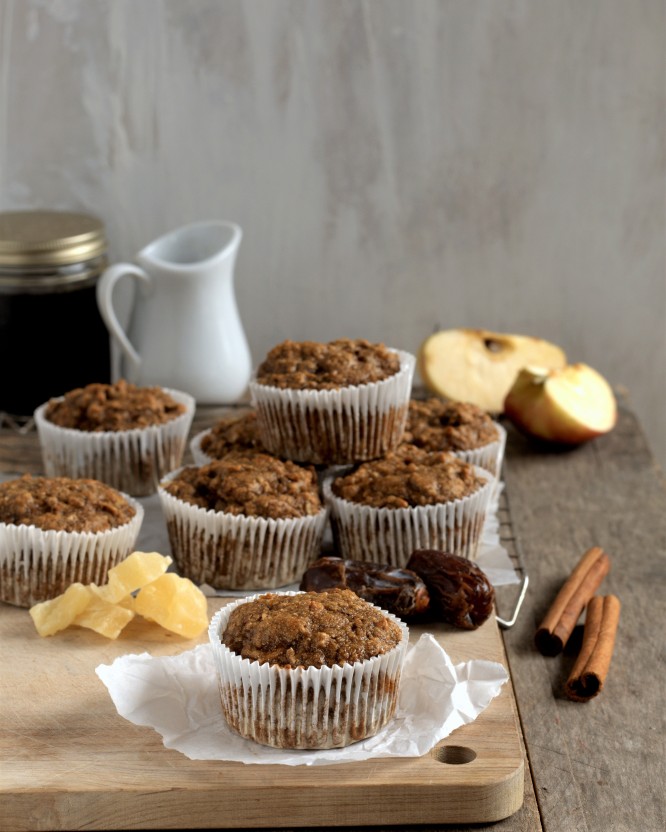